I’ve been trying to figure out for awhile how to write this up.  Because it is absolutely blog worthy and I know I haven’t written lately. (That’s by design, actually, with Dominic becoming more and more aware, I don’t want to ever have him say I overshared about something that he wanted private)

This year I did something very different. I took the entire week of Dominic’s Spring Break off work and made plans to PLAY with Dominic.  I engaged a few available adult friends who were available and I think that was part of why I succeeded – I didn’t have to be personally 1000% hypervigilant the entire time.  Which, if I’m alone in a social situation with Dominic, I am.

So.  Spring Break, Day 1.  That was also Daddy’s day off work, so we did a birthday Redo. (he was sick this year on his birthday).  We went to the movies and saw How to Train Your Dragon, Followed by lunch at Tucano’s.  For those of you unaware of Tucano’s, its an all you can eat Brazilian place with a HUGE salad bar, gluten free rolls (naturally, not specially – they are made from Tapioca flour). This picture is of Dominic’s 4th plate from the salad bar. 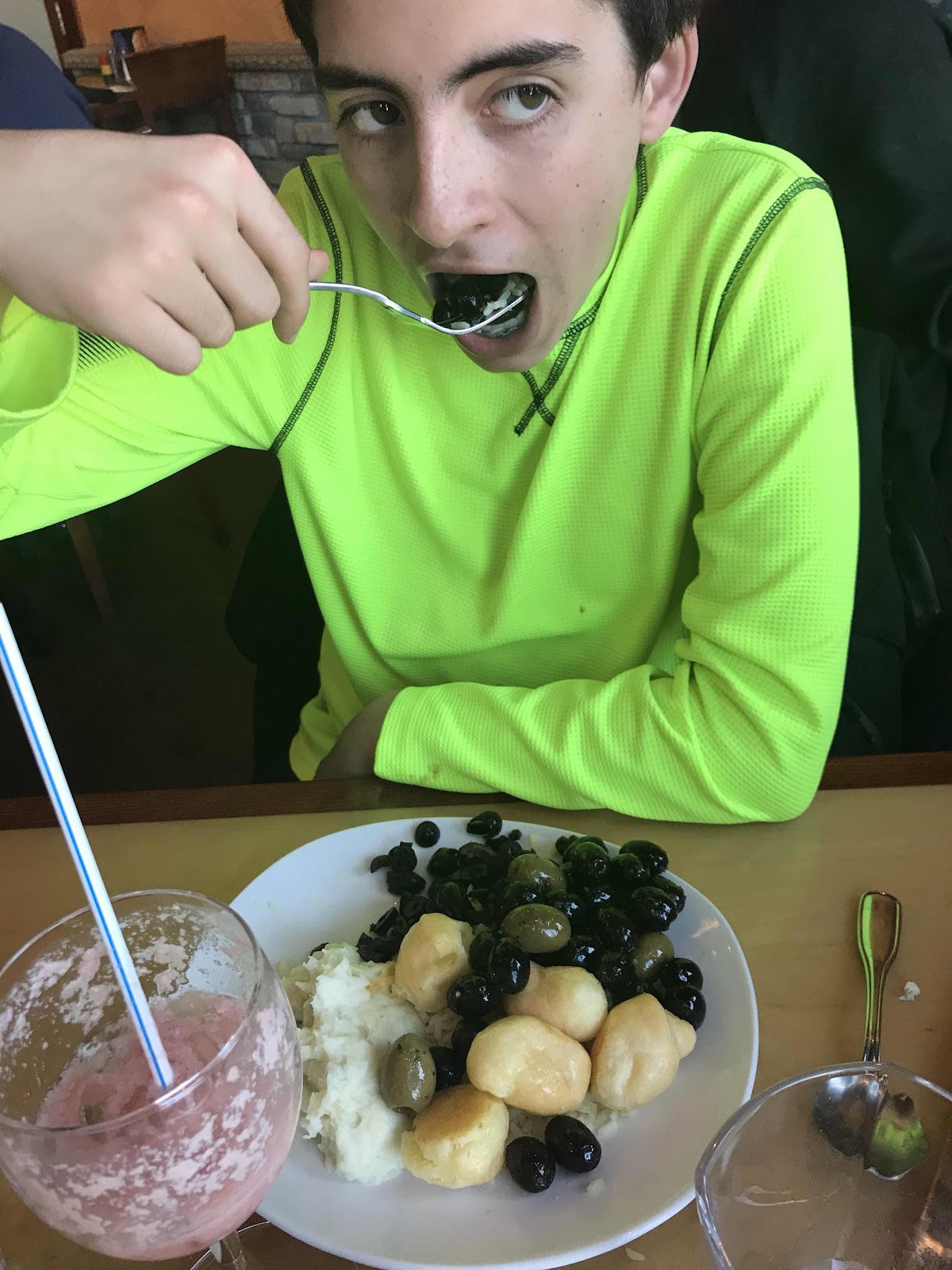 Day 2 we decided to go for a Hike at the park near the house, and followed that up with meeting a close friend for lunch and a Visit to the Wolf Sanctuary up near Divide.  Dominic is still, 2 weeks later, howling and talking about wolves and foxes.  He had the BEST time. 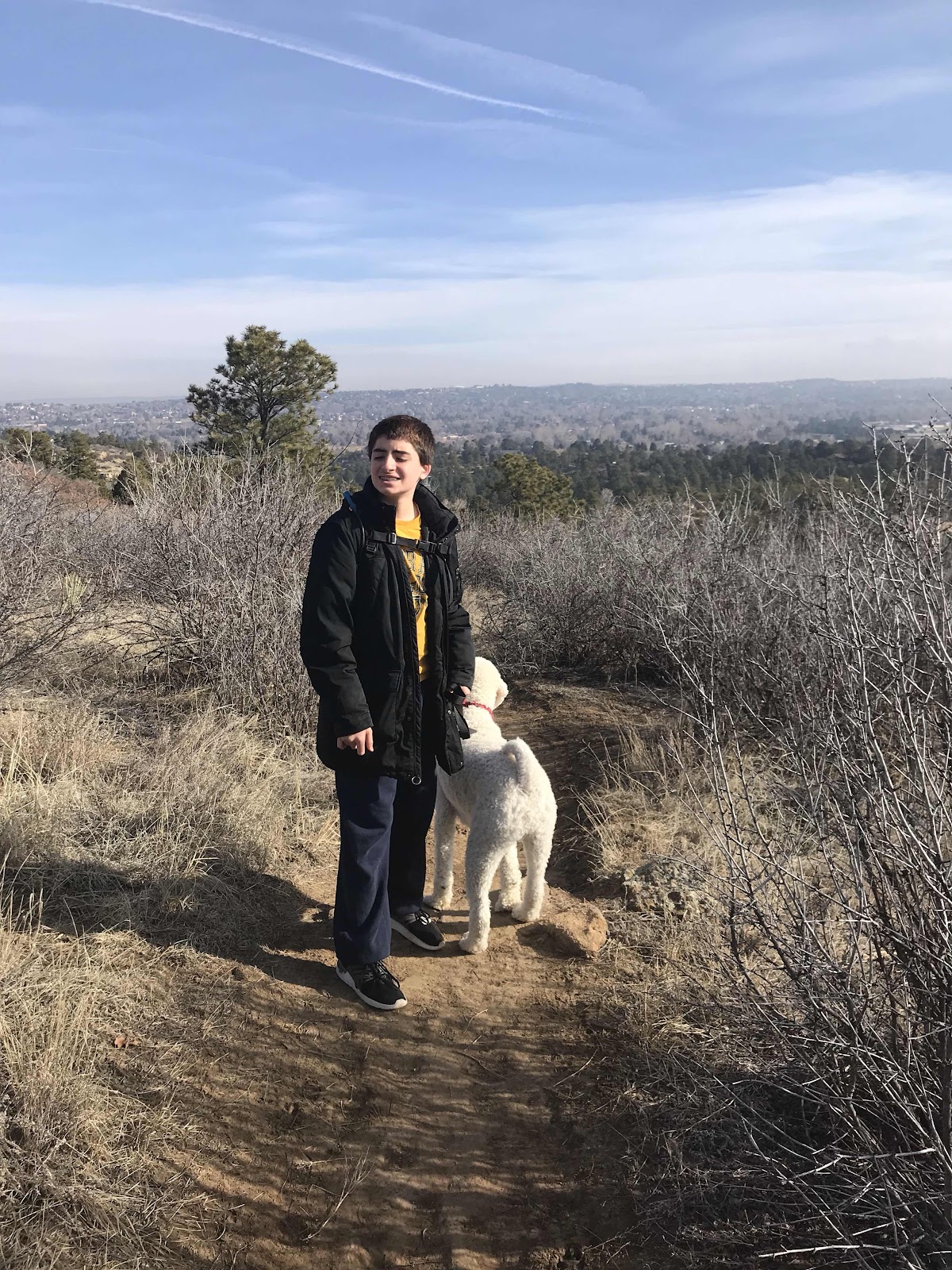 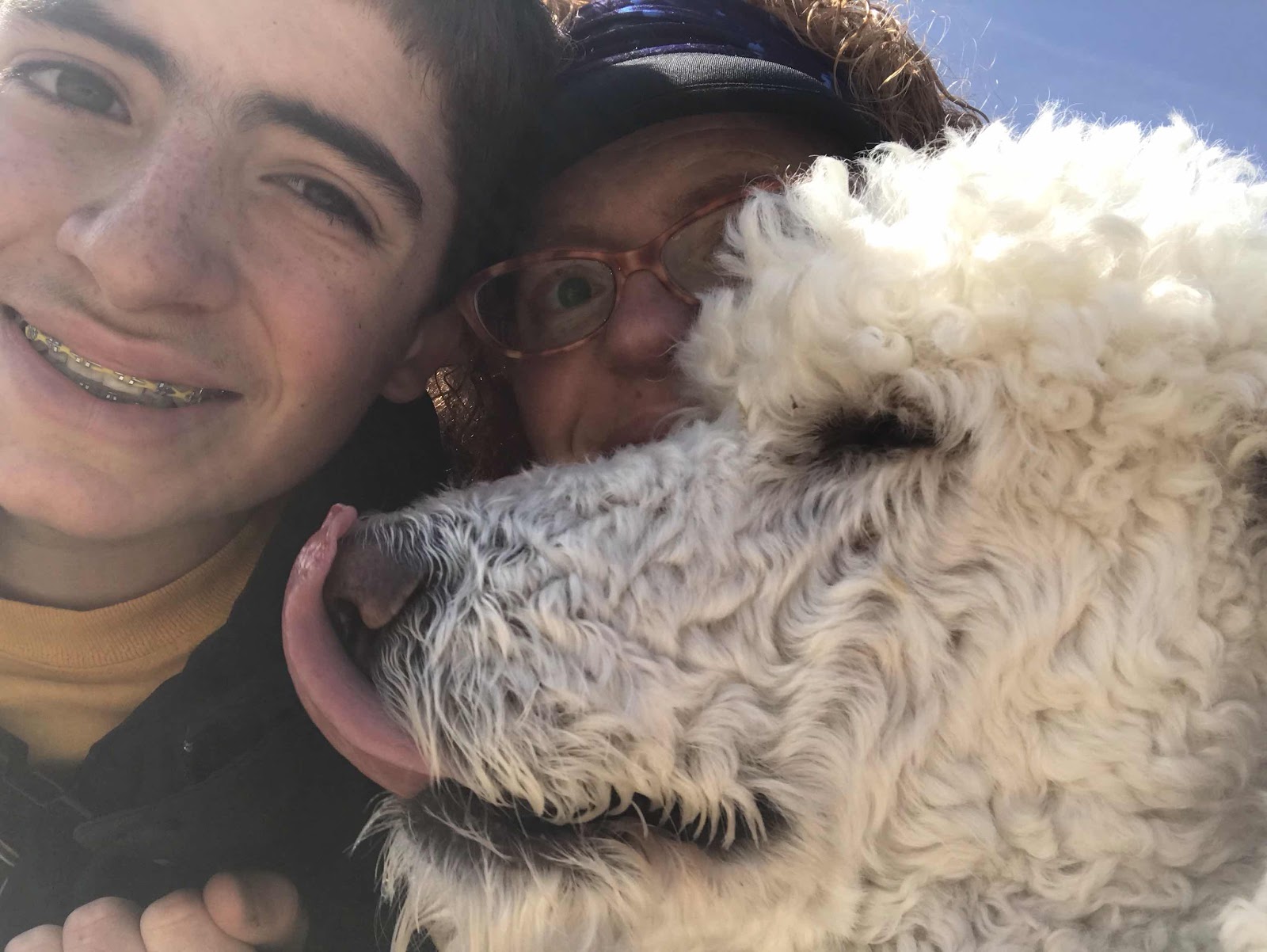 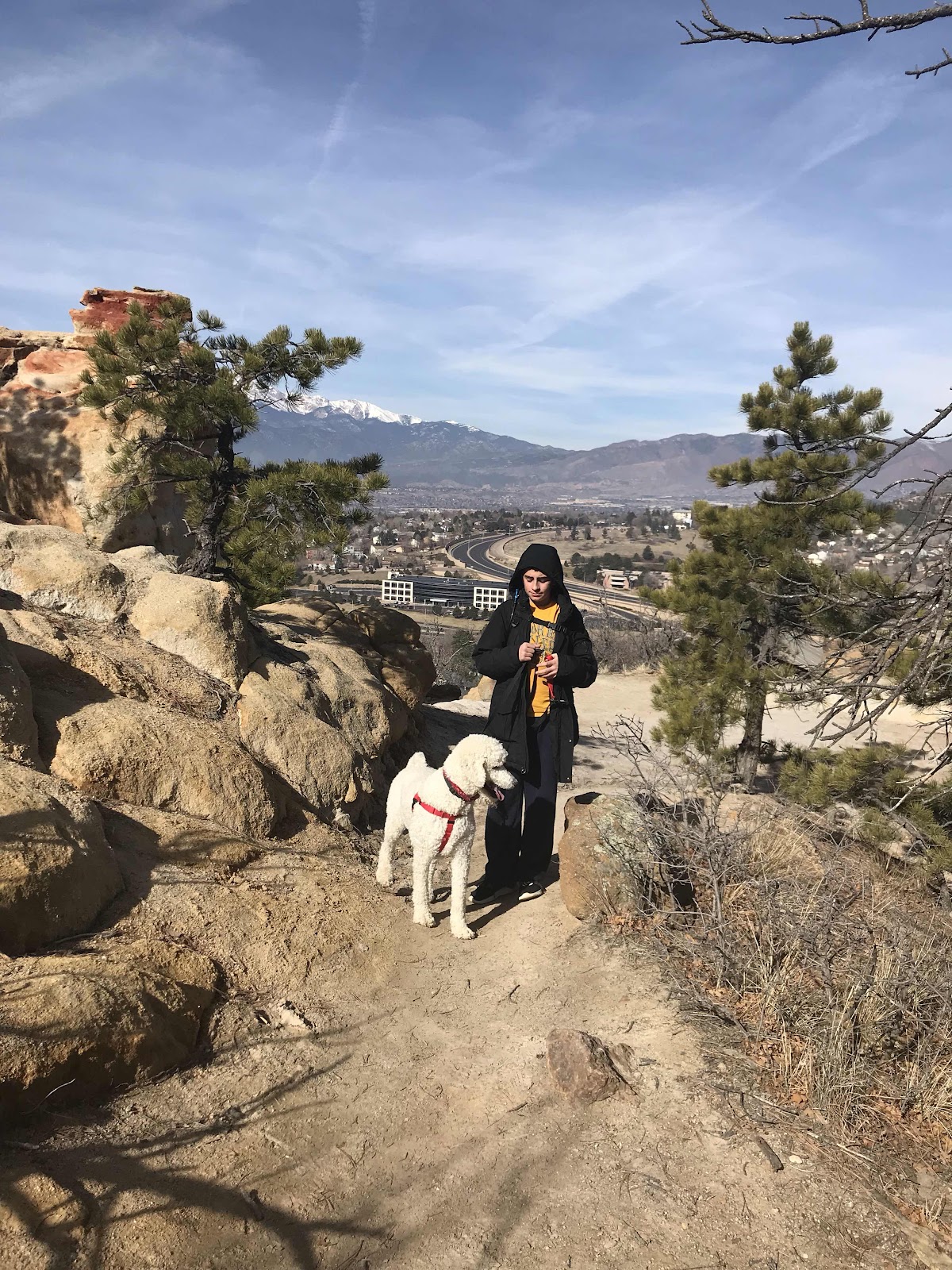 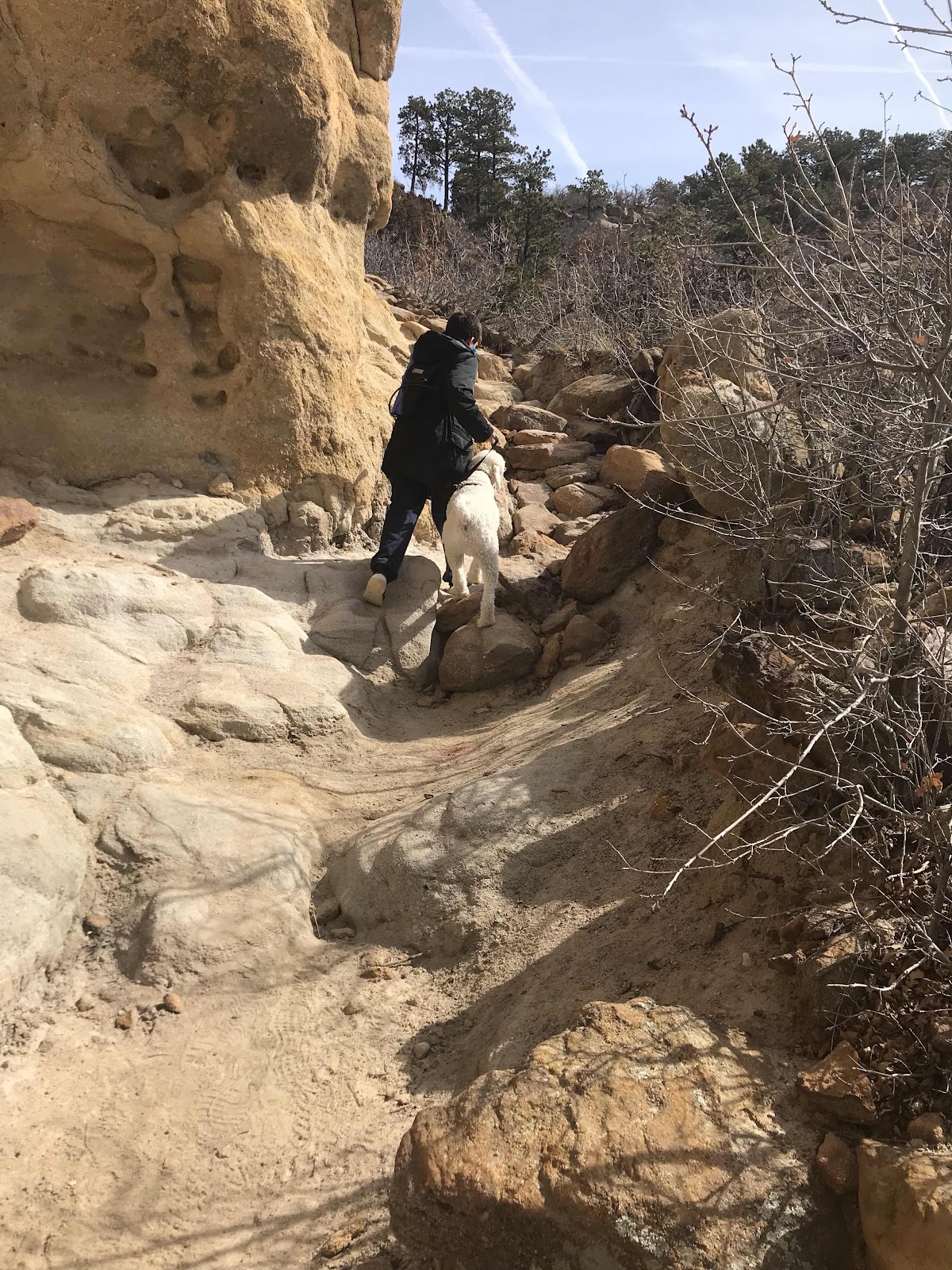 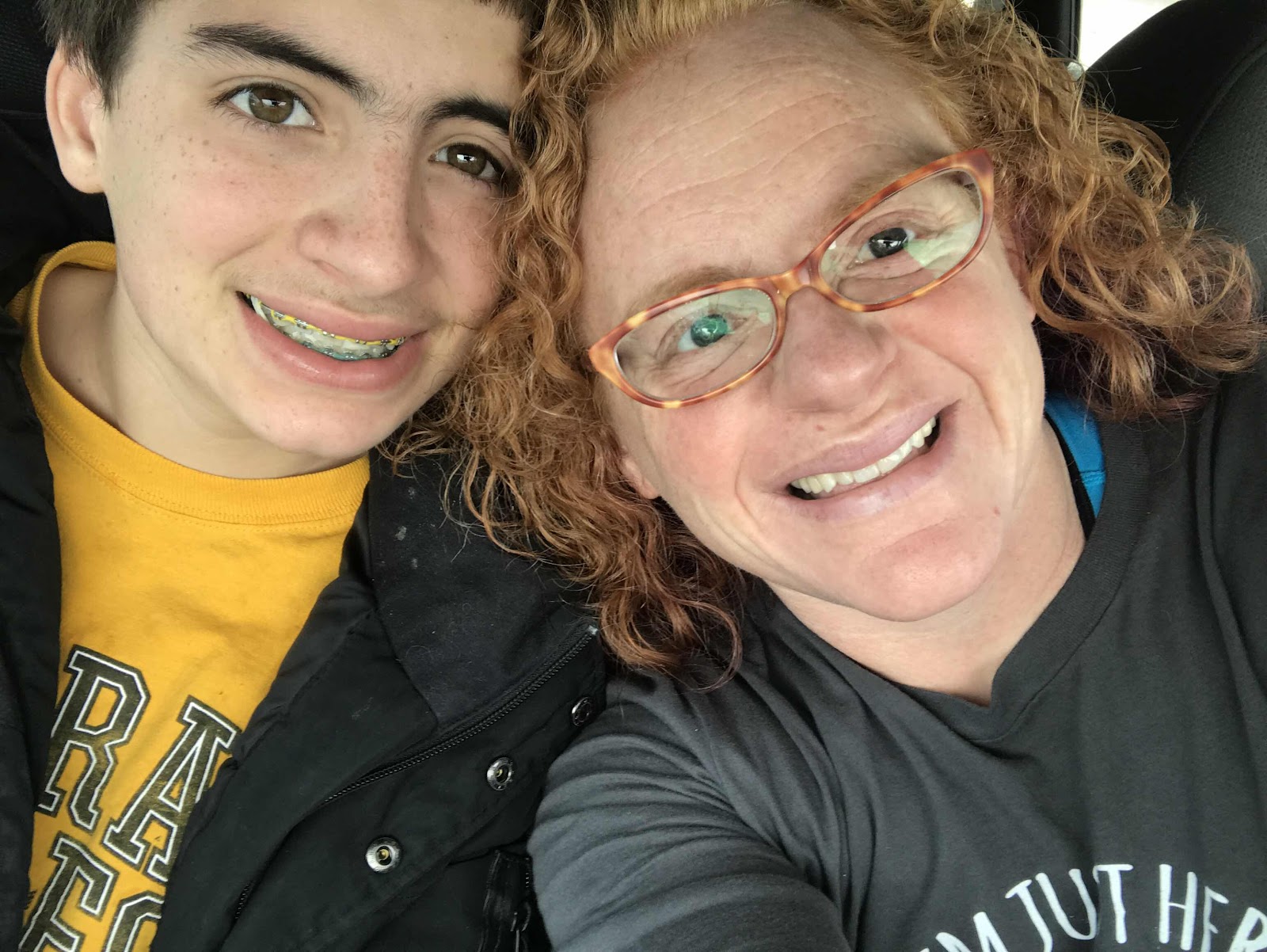 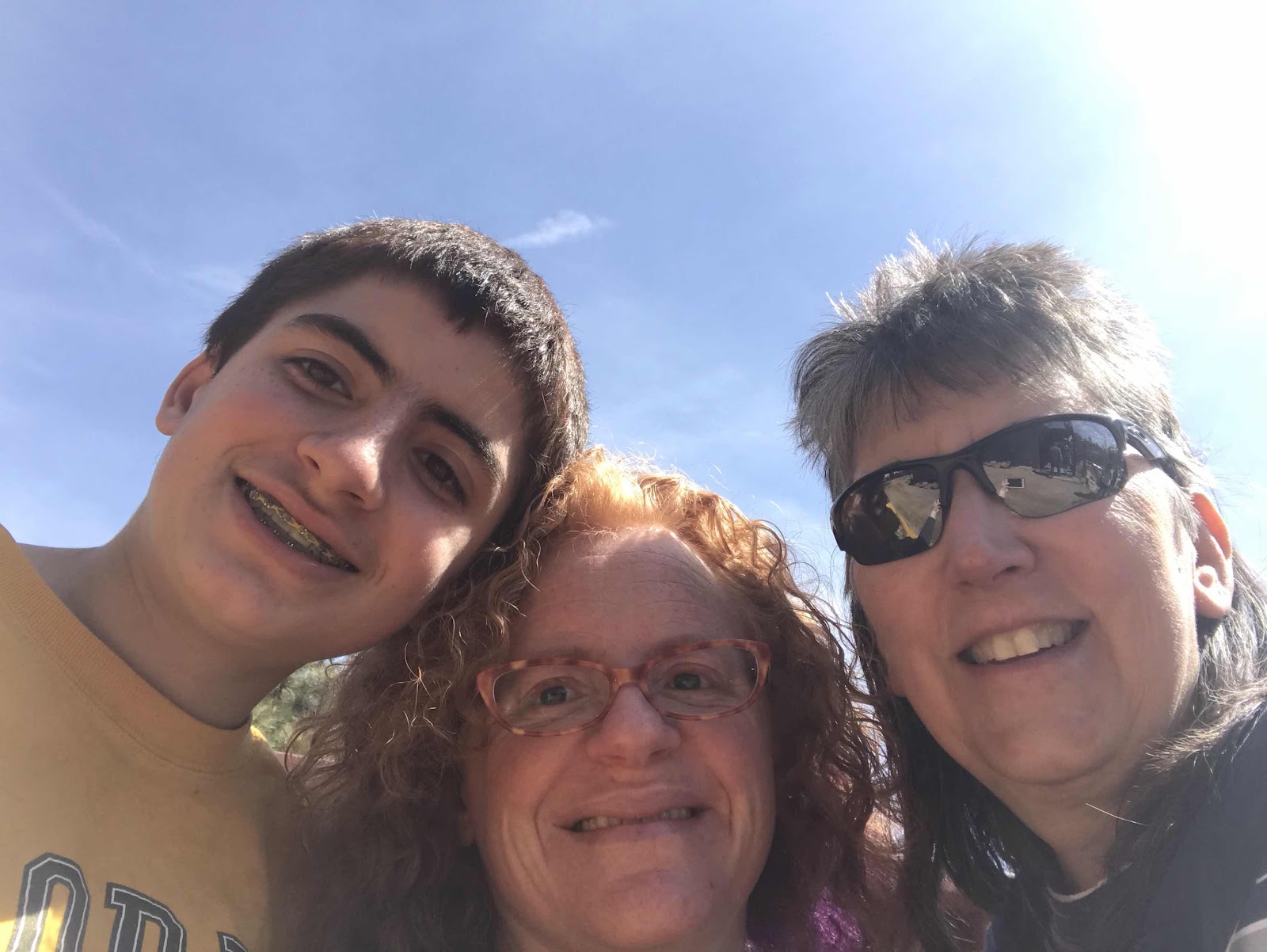 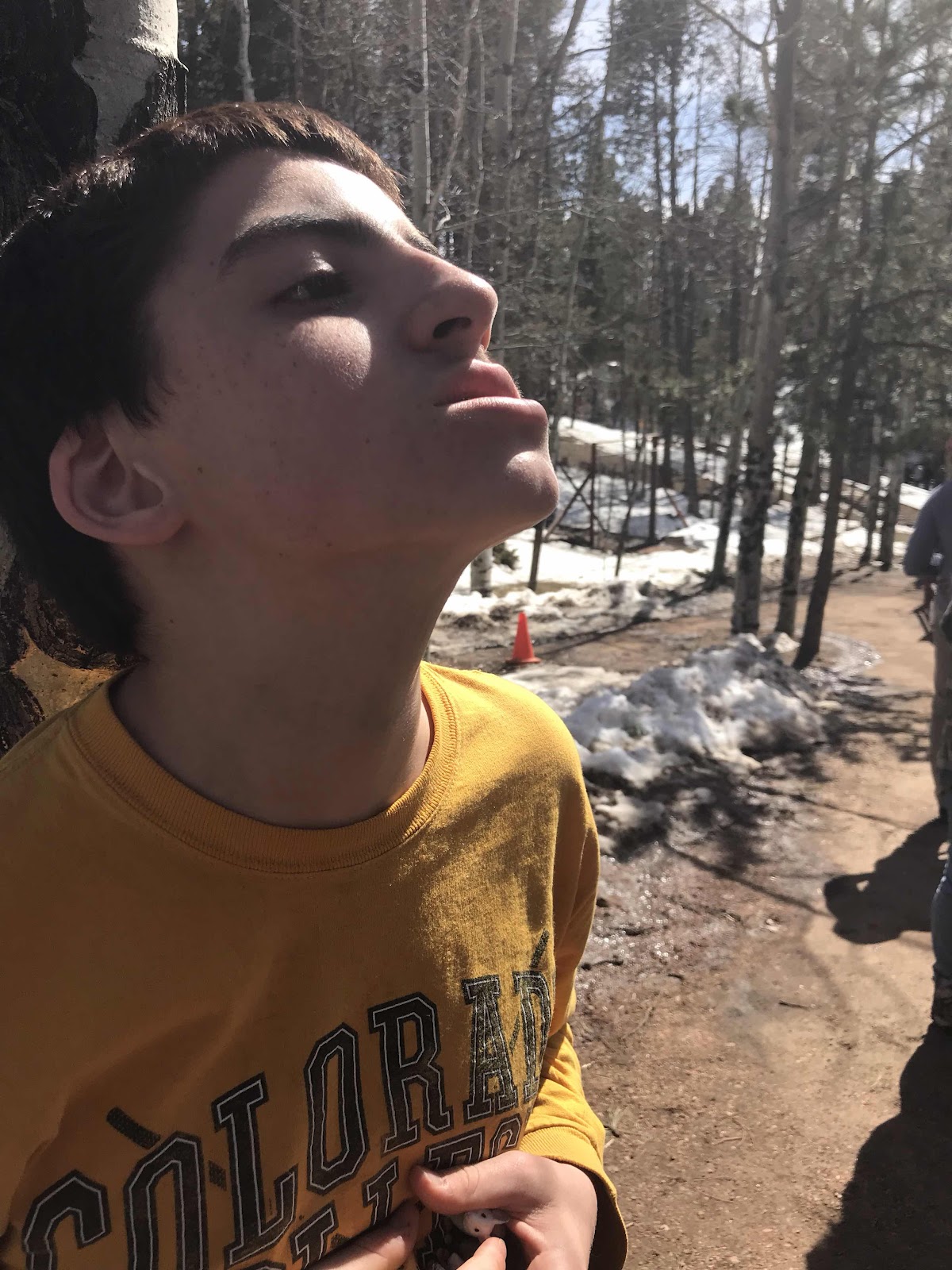 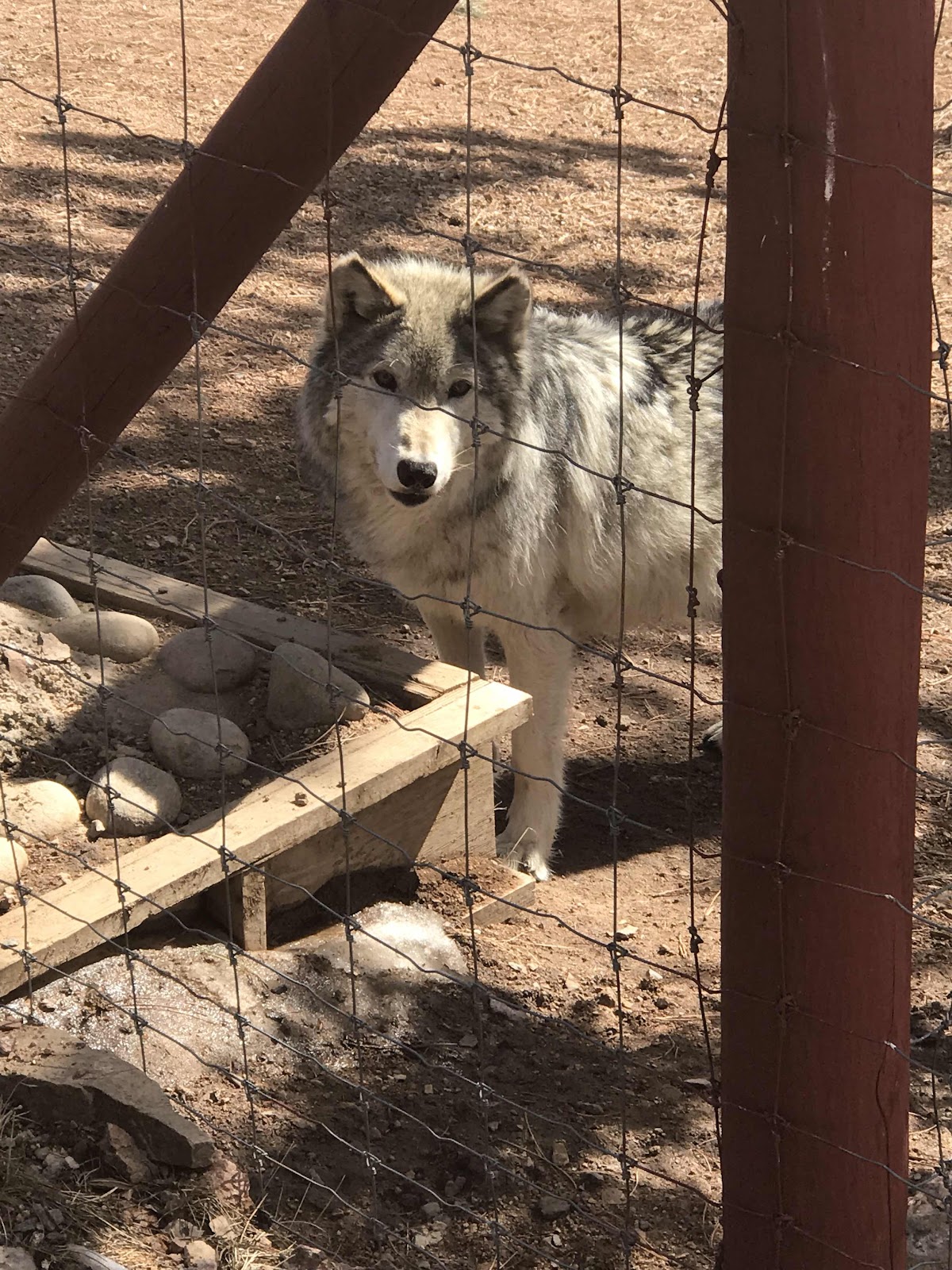 Day 3 was “catch up around the house and do appointments” day.  So we didn’t do anything terribly exciting, tho I did get his paperwork signed to switch him from CNA hours to IHSS hours (which will essentially double or more the hours that are authorized for his support) and got the form signed for handicap placards based upon the elopement risk (hedging my bets regarding high school situation – if we have to transport him, we need to be able to always pick up / drop off at the same spot and handicap placards are the best option I could come up with to ensure that happened)

Day 4, we drove North.  We met another friend for lunch at Red Robin in North Denver where Dominic inhaled 4 baskets of fries to her amusement and then we went to the butterfly pavilion in Broomfield.  It took a bit of time for Dominic to get past being scared (the butterflies are loose in a room like a rain forest.  They totally dive bomb you. He was FREAKED), but by our 4th rotation between the tarantula’s and the fish area, he was really enjoying himself. 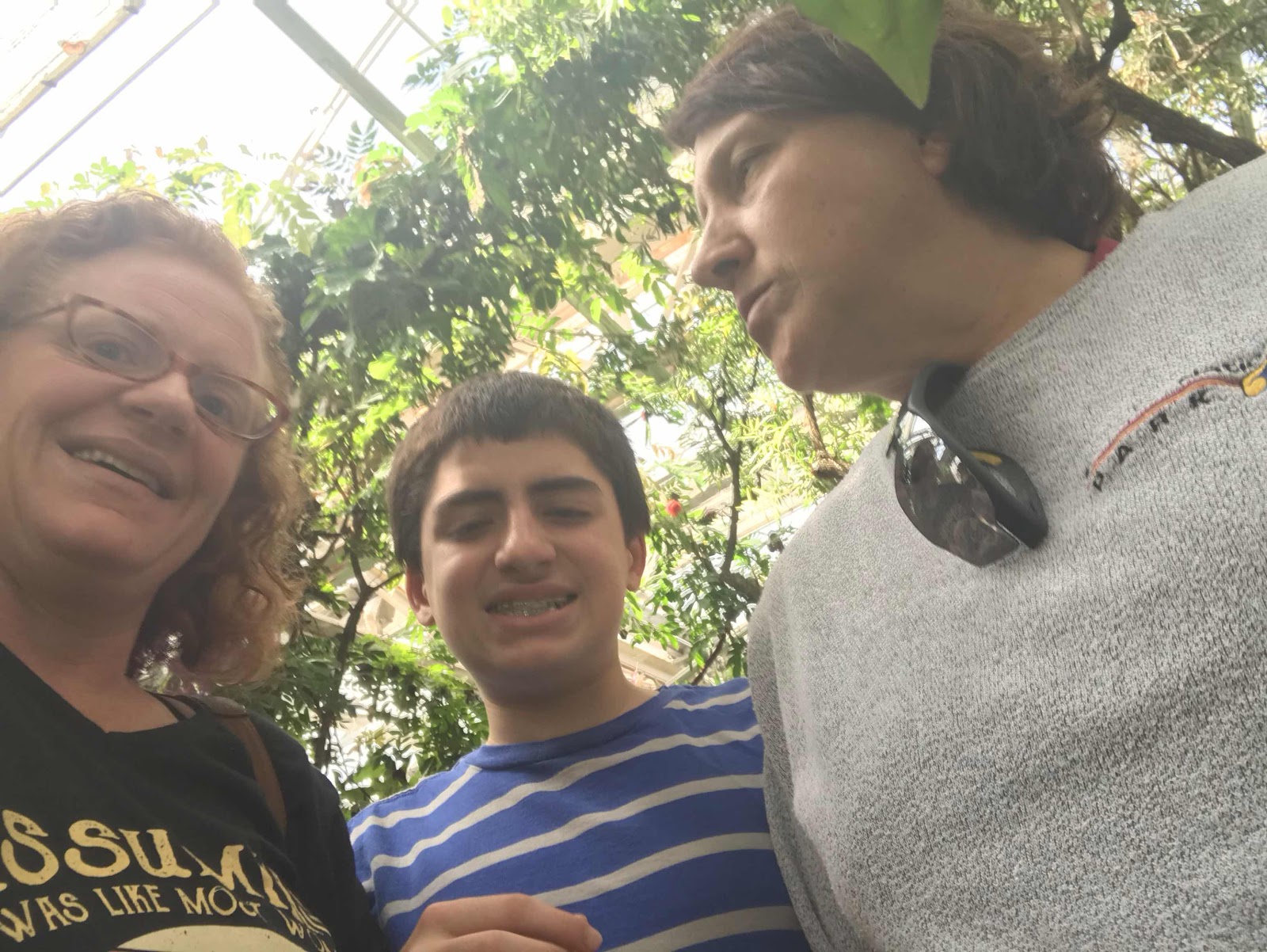 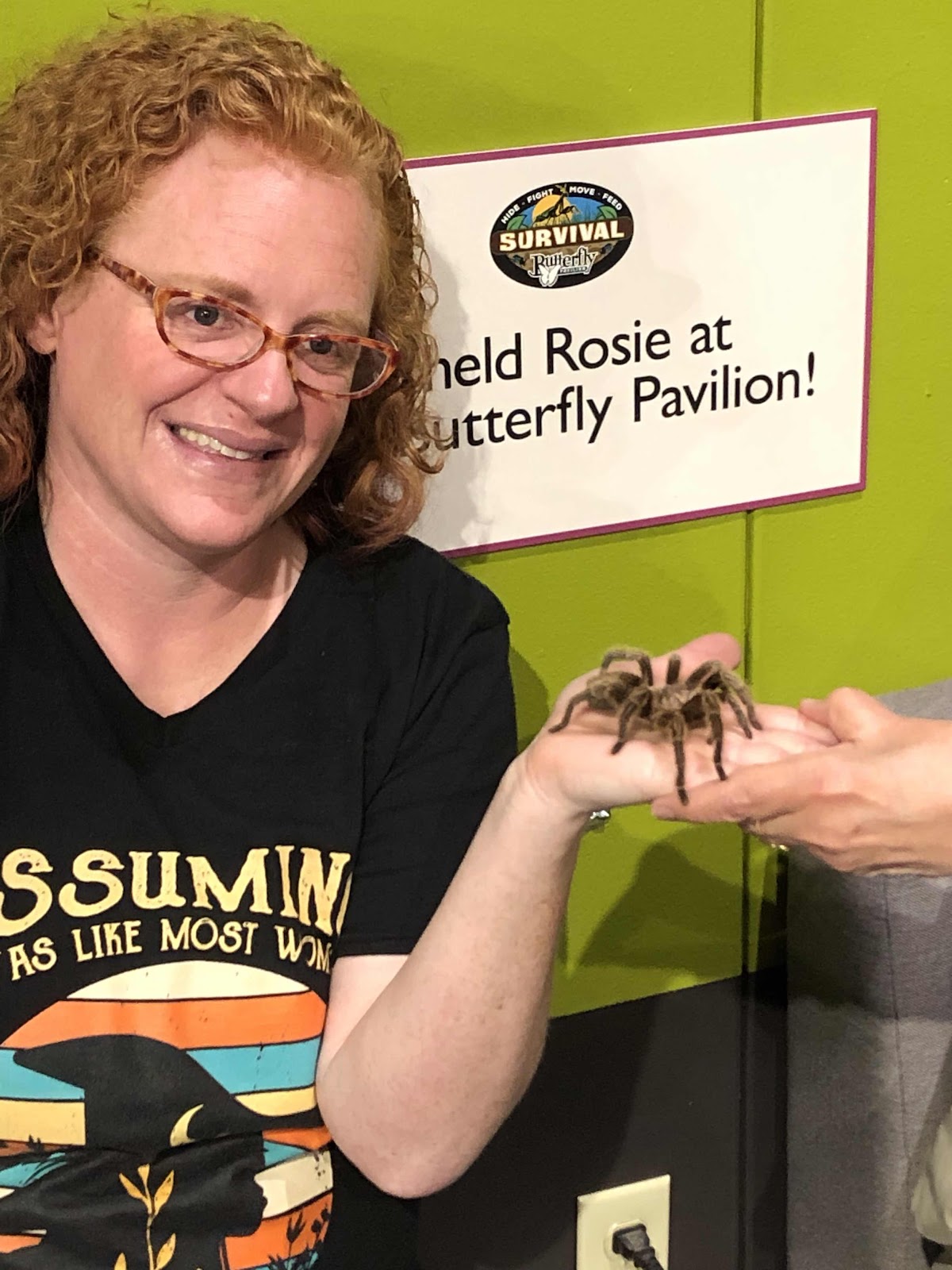 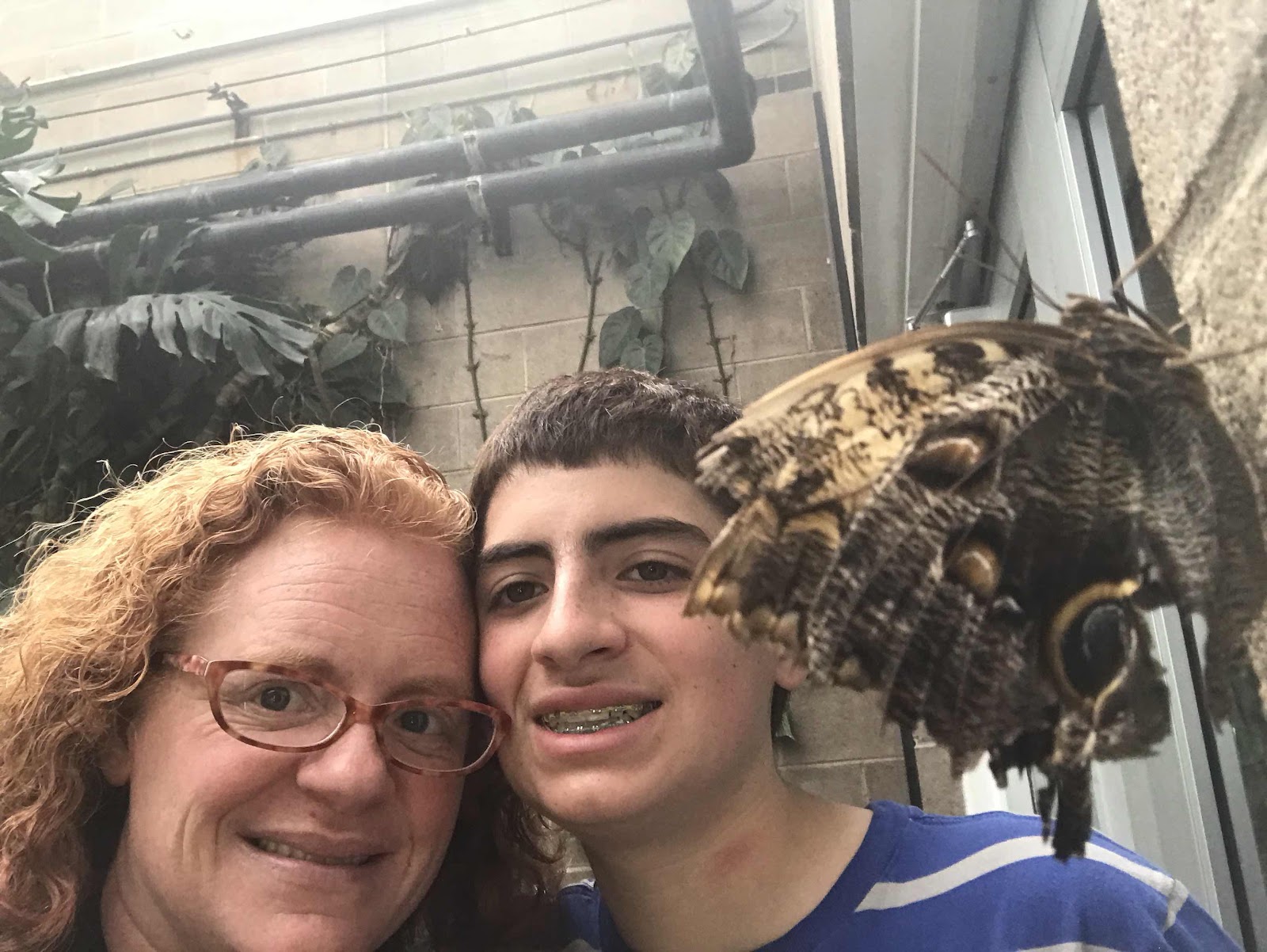 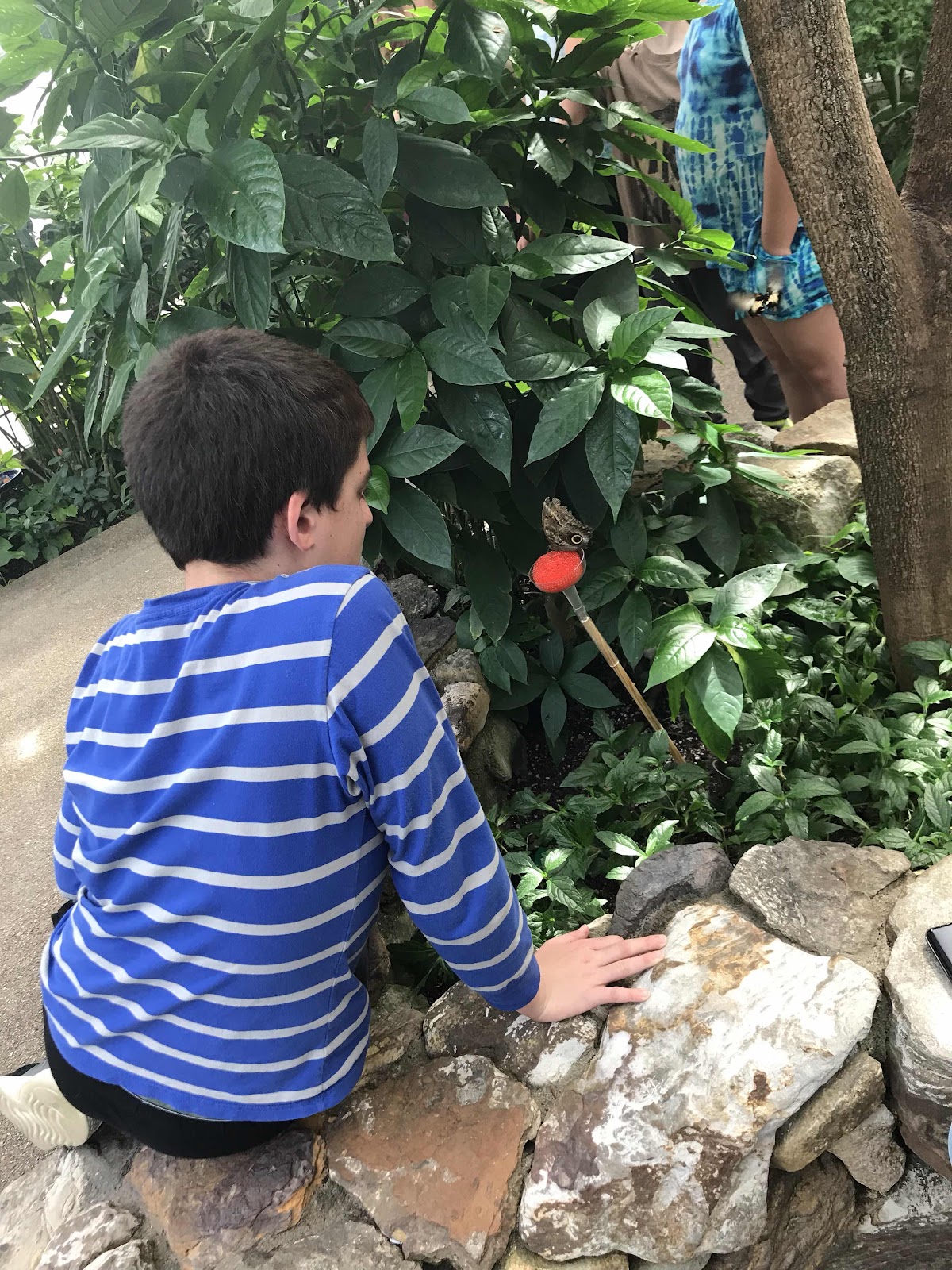 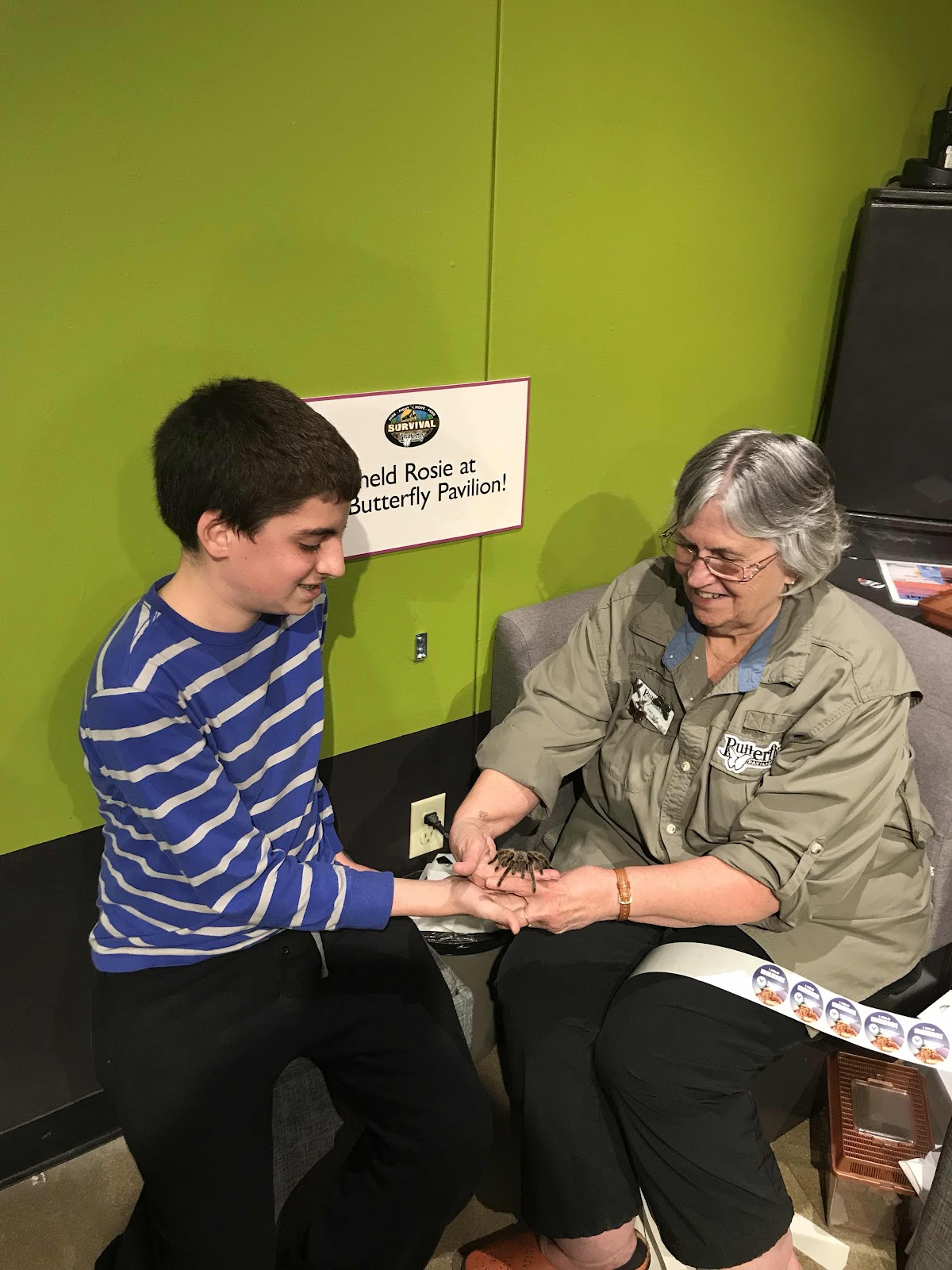 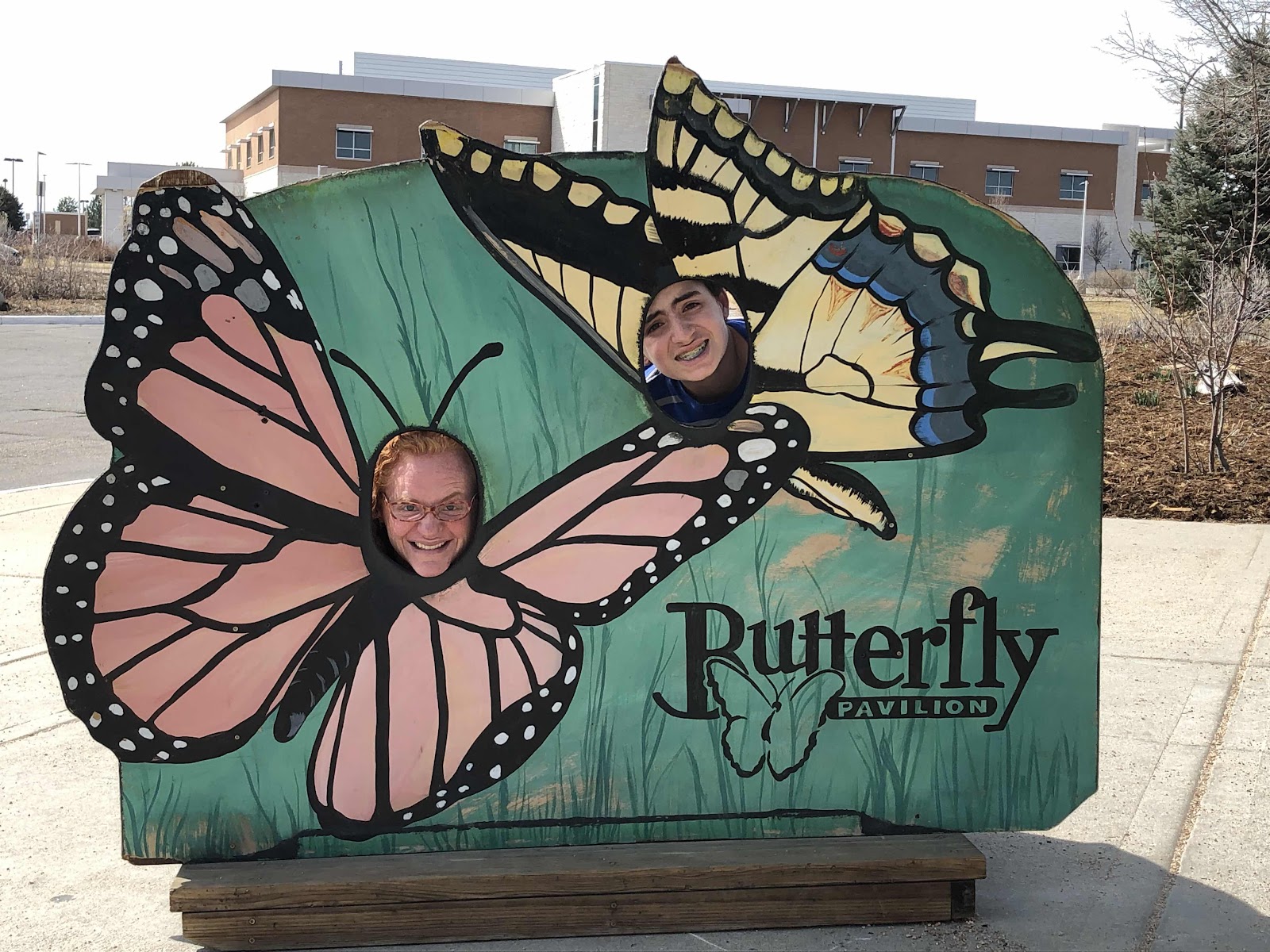 Day 5 was a low key day because we were both a bit overdone and it snowed.

Then Saturday we went to see the new live action Dumbo.  That was a very weird movie.  They actually got what I call the LSD scene from the original animated one to happen with live action and somehow ended up releasing the elephants to the wild from the circus at the end. It was super odd.

So.. why it was such a big deal is this. It’s the first week that I can remember legitimately ENJOYING hanging out with Dominic and doing stuff –watching how much he enjoyed himself (him actually enjoying himself!!).  A big part was that for the 2 places that I knew would be crowded and chaotic, I enlisted adult assistance from people who are close enough friends to not be remotely phased by Dominic’s quirks (one is even a retired teacher who subs sped classes these days).  So it wasn’t just me being hyper alert and trying to make sure that he didn’t break anything, didn’t run off, didn’t hurt himself, followed directions, etc.  I could sit back and enjoy watching him knowing that there was also a second set of eyes on him too.  Most people get to enjoy playing with their kids from about the time they become verbal and less dependent upon parents.  Dominic’s only just now coming into that time.  Its been a long time coming and I’m excited enough about how spring break went that I’m considering taking time off work this summer and doing more!!

Yes, I do read them all.

6 months of work - and we have something to show for it!